Tarde de Oro is the title of the exciting senior citizen-focused production that celebrates the rich, ever-evolving absolutely unique culture of New Mexico and the American Southwest. The show begins with our Native American roots, moves to the Spanish and later Mexican influences which collide with the "Go west young man" culture of the cowboys and miners. The show finally lands resoundly in the vibrant 21st century culture of New Mexico. The show features a rotating lineup of some of the best acts in the Southwest. 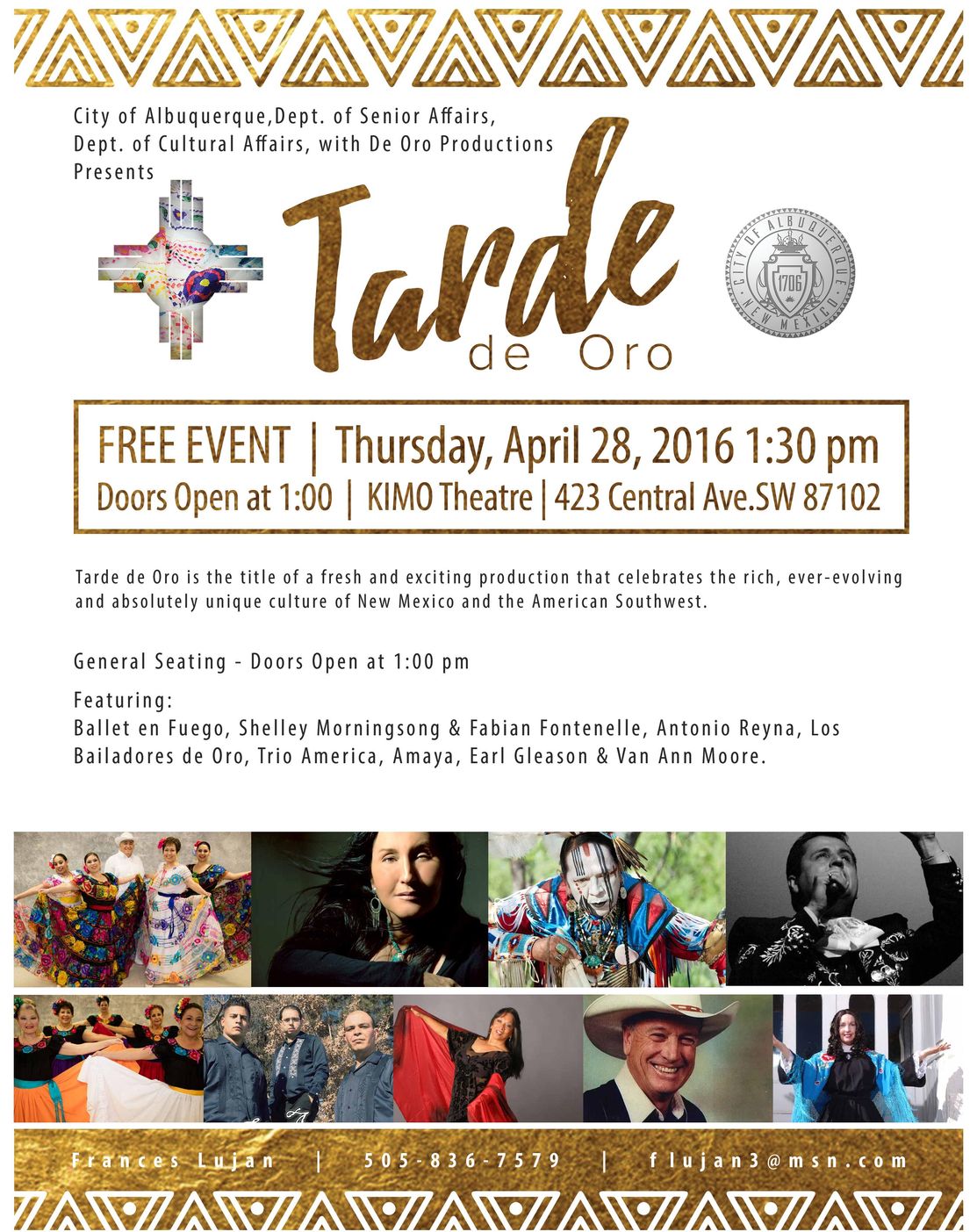 For booking inquiries, or information on dance classes & workshops, contact: